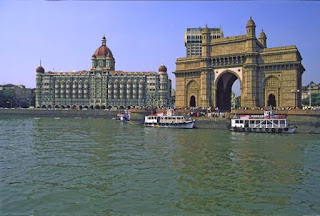 Well, all of us have heard what's happening in Mumbai... And yes, this is isn't another terror strike that seems to be striking every other month in some Indian city or town... Surely, we all agree the magnitude and scale is very different. As media channels say, its actually a war that our NSG, etc are waging with very sophisticated and well equipped terrorists. What really disturbs me is a couple of things...


Its time, we, as citizens wake up to the reality facing our country. We need to become more aggressive, and hard nosed when dealing with terrorists. We can surely learn a thing or two from Israel on how they cut no deals with terrorists, storm airplanes or any place where hostages are taken, basically giving it back to them hard and staright. This soft nation strategy has taken us nowhere, infact has brought down our morale as a country. Take the case of the terrorists' audacity today, to use our own Police vehicle, have it driven at gun point by an Indian Policeman and shoot people on the roads from Police Jeep!!! Atrocious, isn't it? I mean, can't the Police man simply refuse? I know its easy to sit in the comfort of my house and pass opinions but I think we ought to cultivate the spirit of Do or Die amongst our security agencies. They appear to be as soft as civilians, which is not how they are trained in other countries.
Posted by Raji at 9:53 PM No comments:

Its a really a good phase for Indian Cricket and fans. We have an immensely talented captain in M S Dhoni who is also very lucky. Its amazing how successful he's been in all versions of the game.. Twenty20, ODI or a 5 day match. Seems almost too good to be true and Indians are surely not grumbling. Here, at last is a team that we can root for and not be betrayed like its been for indian fans, this past decade. Surprisingly, we've had stalwarts of the game but we've been very inconsistent and Consistency seems to be what M S Dhoni has brought to the team. 3 years ago I would not have thought he would be so good as a captain.. hats off to him. He has really brought the team together and in quick time. Ample evidence of these skills is in the way he handled the captaincy of the CSK team where he had less than a month. Not to mention the way he handled the pressure when CSK was down and had 'must win' matches in the IPL... The recent Oz series was brilliant and the Aussies were beaten loud and clear in all aspects of the game. Cheers to MSD and the team and look forward to many more successful tours within and outside India!!
Posted by Raji at 11:15 AM No comments:

Email ThisBlogThis!Share to TwitterShare to FacebookShare to Pinterest
Labels: cricket

Well, the whole world is talking, discussing and analysing the two candidates and I've been bitten by the bug too!!! In India we get to read who will be good from an Indian perspective and blah and blah.. So far I have only come across the following reasons why McCain is better than Obama, for India.
However, an important factor for India which no one has pointed out (to my knowledge ofcourse) is that Obama is keen to pull up Pakistan and is convinced about Paki terrorism. So, I would say Obama is very good for India. Well, personally, I've been rooting for Obama right from the beginning of this year and I hope like he delivers what he's promised during the Campaign - Change. I am sure you all agree we've had enough of the Clintons and Bush's for 2 decades now... Surely, Obama brings a freshness to US politics and to the World.
Posted by Raji at 8:17 PM 5 comments:

I've been posting about current affairs in this blog. Want to know who inspire and spur me on to blog?? There are a few of them who write well and I like them for their insight, perspective and humour. Here goes my list.. not in the order of favourites, rather random. I love TJS George's columns in Indian Express, don't subscribe to his views always but love his humour and style. Arvind Lavakare's columns I value for his opinions which are similar to mine and his satirist style makes it immensely interesting. I've recently become a huge fan of Swaminathan Anklesaria Iyer. His articles on the recent global meltdown, general views on economy, both India and World perspective in fairly simple language (minus jargons) makes it comprehensive and very insightful. Shashi Tharoor's columns are delightful.. his perspectives are amazing, (his assignmnets in United nations no doubt) and has an easy writing style that makes it enjoyable. Well, these are my regular and favourites, I do occasionally enjoy reading Bachi Karkaria's Erratica, Tavleen Singh's Fifth Column and Jug Suraiya's Jugular vein.
Posted by Raji at 10:04 AM 2 comments:

I am very disturbed with this sudden solidarity shown by Tamilians in India towards the Tamilians in Lanka. I find it so wrong.. Yes, off late, the Sri Lankan army has apparently been ruthless even to tamil speaking civilians in their effort to end the strife in the war torn country.

When politicians resort to these cheap antics, it is understandable but I am concerned that many non political individuals and so called educated people have extended support for the Sri Lankan Tamils. This does does not augur well for India's foreign policy. A parallel will be drawn by Pakistan and they will liken our interference in Sri Lanka's internal matter as similar to Pakistan's stance of being concerned over the law and order in J & K while we all know that they indulge in cross border terrorism for years, in the name of freedom struggle of Kashmiris.
Posted by Raji at 9:21 PM No comments:

Pushing Hindus into a Corner

I've been wanting to write on this issue for a while and I happened to read this article which voices my sentiments fully. Its time we acknowledge this as Hindus. Increasingly, mainstream papers and media are shying away from publishing a Hindu standpoint, lest they be branded as 'Hindu right wing fundamentalist'. Its time we make our voices heard loud and clear. Read this link to the excellent article by Tarun Vijay

An hour with a RJ

I went to participate in a discussion on 'Life Skills' for a new radio station in Chennai, called Chennai Live. Oh yes, I was representing the Art of Living organisation. Good fun it turned out to be.. and learning as well. Life for a RJ sounds so glamorous and when you actually meet them, and watch them do their job, you see erosion of the 'glam' quotient a bit. That apart, this new station is quite nice and I like their idea.. they invite couple of people (experts, they say) and have good, quality meaningful Q & A, during the breaks for a couple of minutes, not the superficial talking that many other stations do... I was told that they are targeting the educated population of Chennai, made me feel good for sure!!! And the good thing is they play English to Tamil songs in a 3:1 ratio which is such a welcome in Chennai. I do hope they stick to this format and not succumb like Radio City has.. Lets raise a toast to Chennai Live and more of their ilk!!!
Posted by Raji at 3:13 PM No comments: 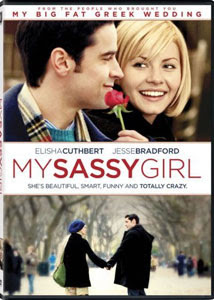 Saw the English version of the movie. Its quite an engaging movie, a very different romantic (maybe bizarre at times). Right from the start, its quite vague and quirky but very surprisingly, you get drawn to it. We both (Swamy and I) had the same feeling.. there was something in it, an element of surprise, perhaps, that kept us entertained to the end. I had heard so much about the original Korean movie that I picked it the moment I saw it in our DVD library. The reviews said its a poor remake but I can assure you, it entertains, nonetheless.
Posted by Raji at 10:57 AM No comments: 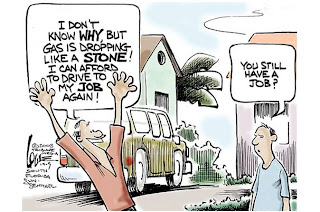 Ah, yes, I am back to blogging after an unintentional break.. I read this article by Swaminathan Anklesaria Iyer about a month ago and would really like to share with all. It really educated me on the Financial Mess US (and therefore the whole world) is in, and why Freedie Mac and Fannie Mae did what they did. Its a must read for all and especially for the uninitiated like me. It opened my eyes to what damage we can do and the extent to which politicians will go to be in power, with money. Hats off to Swaminomics for this enlightening column [http://timesofindia.indiatimes.com/Opinion/Columnists/S_A_Aiyar/Swaminomics/The_perils_of_inclusive_loans/articleshow/3535309.cms ]

and I have been a regular reader of Swaminomics since June 2008 as he was the only person in the whole world who put his neck out to say crude will fall below 100 $/barrel when it was at 135 $/bar
Posted by Raji at 9:53 AM 2 comments: