Sustainability at the individual level

It was a nice interaction with the DG (Dr. Julia Maton-Lefevre) of the IUCN (International Union for Conservation of Nature) and she shared some wonderful insights on the workings in IUCN. Personally, I left the auditorium very happy and satisfied. Although there were many things I had heard before but perhaps, I was in a receptive phase or perhaps she put it so well. Off the many things she shared, she said each of us, in our own ways, can modify our lifestyles and cut down on spending, irrespective of affordability. Right from taking public transport and going vegetarian, she spoke from the heart.
She apparently rides a bicycle to work in Geneva (unheard of, for a DG) and swims across the lake to France occasionally! At first, her colleagues were a little sceptical and even thought she had brought down the distinguished office of a DG! Soon, however, many consider it cool and have followed suit. She said it also keeps her fit and healthy. Something clicked inside me and I have since resolved to cut down on frivolous expenditure that we sometimes indulge in, to start with:-)

I think its the only way - to sustainable development.
Posted by Raji at 6:21 AM No comments: Links to this post

It has just struck me how the media houses share one thing in common between them.. they successfully make everybody else so likeable and acceptable!!

Let me elaborate. I was never a fan of Vijay Mallya and always thought he was too flamboyant and flashy for my taste. While I agree it takes all kinds to make this world, he was not somebody I was inspired or motivated by. But the recent crises that Kingfisher has landed in, and the media frenzy and reporting has improved my opinion of Mallya. Yes, he continues to be the flashy guy but there was something more to him than just that - this came through during his answers to News channels yesterday. The news channels were shown their place!

Another person who I didn't think much of, but has risen in my eyes is Omar Abdullah, CM of J & K. I really enjoyed the way he gave it to Arnab Goswami a month ago over a custodial death. The interview was so good that it had me jumping for joy!
Media houses do one thing well - they make the rest of us very greatJ
Posted by Raji at 3:40 PM No comments: Links to this post 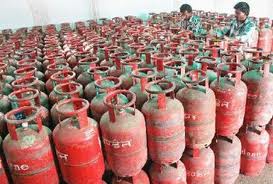 Couple of months back, I was shocked at a Cabinet proposal to limit subsidy to LPG consumers, to 4 per year and charge Rs 800/cylinder for anything beyond that! While, my consumption is exactly 4 cylinders/year (so, I would remain unaffected), I was aghast at the steep hike. I was very glad the plan was shelved and the government didn't want to beome more unpopular than it is already.
But I am now convinced such a proposal be implemented with immediate effect!! Let me explain my change of mind: a very casual conversation with my cook and maid revealed that both of them booked a cylinder every 21 days and sold it at double their cost! Their consumption was 8 per year. Their argument was that if they didn't do it, the gas agency would pocket the cash anyway, by booking through their accounts! I guess I am doubly shocked that my helpers are indulging in unethical practices and also because it has become so widespread..
While I know that corruption and black market in LPG thrives due to subsidy, I am really shocked at how rampant and widespread the problem is!! I guess knowing it at a theoretical level and coming across it personally has freaked me out completely. I am now convinced that such a move to limit refills to consumers will check this rampant corrupt practice. Those who ought to be buying LPG at commercial rates, but buy in black, better start paying for their business.
Posted by Raji at 10:15 AM No comments: Links to this post

Hats off to Dr. Kalam

I have always been an admirer of Dr. Abdul J Kalam, former President of India. He set the standards for living life king-size in Rashtrapathi Bhavan, with simplicity. He had only few of the rooms functional and kept the remaining rooms shut, thereby cutting costs on maintenance of the sprawling campus. He did away with many symbolic protocols and moved around in a simple manner.


He also organized and attended several meetings, on drawing a scientific roadmap for the country. Such things were unheard of, as the President was a decorative position and the people who occupied the post conformed to the 'decorative post', to the hilt.


But Dr. Kalam did none of that and he made the Office of the President, very approachable and accessible. He probably gave many security officers and agencies a nightmare, but as citizens, we loved him. There is something very endearing about him that helps Indians connect with him, easily.


And his recent attempt to assuage the apprehensions of the protesters in Kudankulam is nothing short of inspiring. There are very few people who are brave enough to stick their neck out in such situations. One ought to raise a toast to him for accepting the role of studying the safety precautions at the Kudankulam plant and also considering the development of the local community. Within a few days of his visit and report, the situation has improved and Nuclear Science has been de-mystified, to a large extent. While sharing this with my colleagues at lunch, one of them remarked, "It is certainly 'good of him' to have done this for the country, don't know if its 'good for him', thoughJ


could do well with more such people!
Posted by Raji at 12:13 PM No comments: Links to this post