My take on the movie - Amadeus

Rarely can a dark character be so well portrayed, captured and so compelling! I guess the character of Antonio Salieri is so powerful that he makes Mozart's story filled with intrigue. For those who aren't familiar, Salieri is a contemporary of Mozart and is extremely jealous of Mozart's talent and fame. So intense is his dislike that it consumes him and yet, he simply loves the music composed by Mozart and acknowledges them to be miraculous and sees the hand of God through Mozart. Despite his jealousy, he realises that God had indeed chosen Mozart to compose music who is otherwise imperfect, lewd, vulgar and juvenile.

Unlike other typical characters, his jealousy and animosity of Mozart soon turns to anger with God himself and so his actions and manipulative moves are all aimed at squaring off with God!! I simply loved the way the Director has handled this strong emotion in a person and has so nicely brought out the fact that anger, jealousy clouds and eventually consumes a person and he or she lose their sanity. And so the story goes about how Salieri schemes to kill Mozart and also get him to write his own requiem mass (mass for the dead) and plans to take credit only to have the last laugh with God! But God has his own plans and Mozart dies leaving the Requiem Mass unfinished. The movie ends with Salieri confessing to his deeds to a Priest, as he is confined to an asylum for the insane, for more than 30 years after the death of Mozart.

Salieri is bitter that God chose him to compose mediocre music while he chose to bestow genius on Mozart! Such a brilliant capture of how jealousy, hatred, can simply consume a person to insanity. Extremely compelling
Posted by Raji at 8:41 PM No comments: Links to this post


These past few years has exposed the Indian mindset like never before! There is obviously something in us that makes us do what we do! I say this in the background of numerous scams in politics, sports, and industry that seem to make the headlines everyday L And those of us who are not indulging in these, just don’t seem to care, such apathy. Corruption seems very natural in today’s world

This mindset probably comes from complete lack of values. This disease has spread so far and deep into the system today and affects all economic strata of society. It’s not just the deprived and underprivileged who indulge in these activities, there are super rich and moderately rich who seem to be as big a sucker as the poor.

What the reasons could be, I wonder!

While corruption and gambling may have always been there in our society, the systemic rot that has happened in recent times is something we probably cannot ignore. Not anymore! While a Anna Hazare or Arvind Kejriwal kind of Utopian solutions are highly impractical, there needs to be some kind of transformation of Indian mindset. We need to get back to learning from our leaders and heroes of past. A strong dose of our ancient wisdom is the order of the day. Gandhiji put it so well when he said, “Earth provides enough to satisfy every man's needs, but not every man's greed." Very clearly, our problem is that of greed! Perhaps, this is because of lack of faith in some way. At the risk of appearing to over simplify the cause, and being as utopian as some, in my view, if we can kindle this faith for the Supreme, we may be able reverse the decadence we say in society, today.

Being an eternal optimist I think the time has come for people, other than politicians, perhaps spiritual leaders, to bring about this transformational change in society. As Sri Sri Ravi Shankar often says “Faith is realizing that you always get what you need.” I would like to see this change happening very soonJ 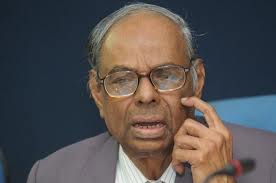 Was fortunate to listen to an intellectual, Prof C. Rangarajan, recently. I was fascinated at the insights and humorous manner in which he dealt such a dry subject as “Indian Economy – the way forward”, till he started to speak on Agriculture! I was amazed how little the so-called experts know about the challenges in Agriculture and the complete lack of understanding the dynamics of Food Security in a populous country such as ours, which also happens to be an agrarian economy.


While he could rattle off figures and rates of growth in different sectors and also talk on how we can improve our present state of affairs, his total corporate style approach blended with a theoretical /academic knowledge of agriculture left me appalled. The rest of the audience, largely Corporate, being an IIM-A alumni meet, seemed to lap up every word he said and gave him a standing ovation too! He categorically mentioned that growth and development at any cost are important, and if that meant building a road in the middle of the forest, we must do it! I was shocked and totally dismayed. Every economist worth his money ought to know that growth needs to be inclusive and sustainable. Here was a policy maker talking like we can print a forest, just as we print currency notes! God help our country! Does he even understand that forests give us our oxygen and rain without which there is no purpose in having any growth! While I am no green activist, far from that category actually, I do think a balance and a sustainable growth is of paramount importance, and is being considered by every other country. 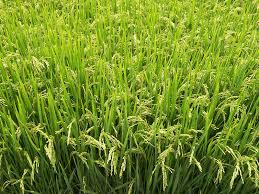 What finally irked me was the utter contempt with which he dealt with the subject. He said things like the actual number of farmers coming down was fine and that we can import foodgrains. He said we can move to increasing  the growth in the manufacturing and services sectors and forget about growing food. Being in this field and working with the likes of Prof. M. S. Swaminathan, I am sure there is no country with enough land to produce food for us! So, even if we do achieve 10% growth rate and all is well with Corporate India, fact remains that food cannot be imported to feed the entire population.

I seriously wish these decision / policy makers take some lessons from Professor Swaminathan. While, we need to improve the productivity, infrastructure, logistics and modernise agriculture, it is important for these intellectuals to realise that money cannot buy us food, anymore. As professor succinctly puts it, “Future belongs to countries with grains, not guns”. In other words, the wealth of a country needs to be measured by the food it produces.

I came away home thinking how limiting our intellectual capabilities can be! I also realised how fortunate I was to have the opportunity to understand Agriculture from none other than Prof Swaminathan.

Lesson learnt: Its absolutely of no use to be an intellectual or be professorial in thinking, if its at the cost of common sense!

Posted by Raji at 3:43 PM No comments: Links to this post