The public discourse during & after the deluge in Chennai

Being a Chennaiite, the deluge on December 1 & 2, 2015 is going to stay with me for a while. Enough has been written about the life during and after the deluge but I still feel an urge to pen my thoughts on the disaster and the public debate, later. 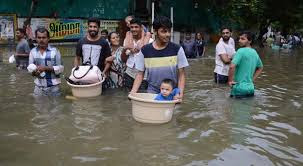 Just like the rest of Chennai, we went without power for a few days, managed with inverter /DG set for a day or two and when even that got drained, moved into a hotel! It was unthinkable for me - to stay in a hotel in my own city. Soon, I realized I was one of the more fortunate ones, to be able to get a room when I wanted and also experienced zero loss to personal property. Communication remained erratic for a week and more, which added to the general woes. We suddenly found ourselves living like it was a few decades ago - pretty unconnected digitally, our gadgets seemed to be thoroughly useless toys, and we had real, face to face long conversations with people. We met and spoke to our neighbours often, shared resources, food. This was community living as we knew it! People everywhere seemed so warm, and helpful.

Usually, during such disasters, when the power goes out, most countries have places like the public library where citizens stay, charge their phones and communicate. But here, the local grocer allowed his customers to charge their phones, I found many charging their phones in the local restaurants and so on. Made me realise the resilience that we all have, very heartening and beautiful to see, all around. So much volunteering happened by each and every Chennaiite that warmed every heart, and this would have pretty much been the story in any part of the country.

After two weeks, people started getting back to their routine and we had plenty of views on 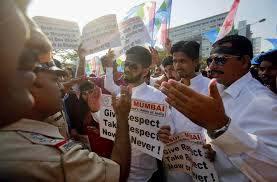 rebuilding and rehabilitating Chennai. Political mongering and blame game soon took over and the brief romance Chennai had with people communicating from their heart changed, and things were back to 'business as usual'. We had debates on whether Christmas, Marghazhi fest ought to be celebrated. Many Churches announced cancellations of their celebrations, few artists announced that they wont perform during the December season, some said the proceeds of their show would go towards relief and rehabilitation. The discourse veered around, "can Chennai celebrate when there has been such widespread devastation?"

My personal view is that 'the show must go on'. Most often, it is these festivities that serve to soothe our soul, to use a cliche. These help us overcome our loss and helps uplift the mind. I therefore find it strange when the public discourse draws simple equations and conclusions. Just like the movies run in theatres, people bought their alcohol and cigarettes, festivities need to go on. I often see people succumb to such arguments, very easily. For example, I remember when the treasures at Sri Padmanabhaswamy temple was being discussed and debated, there were groups of people saying that the valuables can be sold and money used to build roads! I so disagree with such shallow arguments; the state of roads in the country are not due to lack of money / resources, surely! Similarly, rehabilitation and rebuilding of Chennai is happening and need not be at the cost of Christmas celebrations or Margazhi Festival or any other Festival.

In a country that is so diverse in every sense of the word, with multitude of problems, there are many things that need to be done simultaneously. Just like the Mars Mission is as important as getting Indians out of hunger and starvation.

Brilliant Post DR.Raji I agree that celebrations soothen ones mind and rehab and celebration should continue hand in hand.

Very well written in simple manner describing the state of mind of several Chennaites !!!
I do agree "The show must go on"...and we cannot compensate one for the other...so lets have a fun filled year ahead along with our social responsibility of contributing by keeping our roads clean, drains un choked with Plastics and help people around us.

Very true, Shabeena, each of us need to take responsibility for our environment

Very true, Shabeena, each of us need to take responsibility for our environment